During the First World War injured Indian soldiers were hospitalised in the Royal Pavilion, Dome and Corn Exchange. The Royal Pavilion was the first Indian hospital to open in Brighton. The Hindus and Sikhs who died were cremated on the Downs and, in 1921, the Chattri memorial was constructed on the cremation site.

Immediately to the south of the Chattri is Chattri Down Site of Nature Conservation Importance (SNCI), most of which is open access land. Chattri Down supports a species-rich chalk grassland habitat and is in the South Downs National Park.

The Chattri, which means ‘umbrella’ in Hindi, Punjabi and Urdu, was designed by E.C.Henriques from Mumbai. The dome and its eight pillars are built from white Sicilian marble. The three large granite slabs lie over the original concrete crematory bases and the design symbolises the protection offered to the memory of the dead.

The Chattri was unveiled by the Prince of Wales on the 21 February 1921 and bears the following inscription, in Urdu, Hindi and English:

“To the memory of all Indian soldiers who gave their lives for their King-Emperor in the Great War, this monument, erected on the site of the funeral pyre where the Hindus and Sikhs who died in hospital at Brighton passed through the fire, is in grateful admiration and brotherly affection dedicated”.

During the First World War, the Royal Pavilion was converted into a hospital for wounded soldiers. It became one of the most famous military hospitals in Britain. 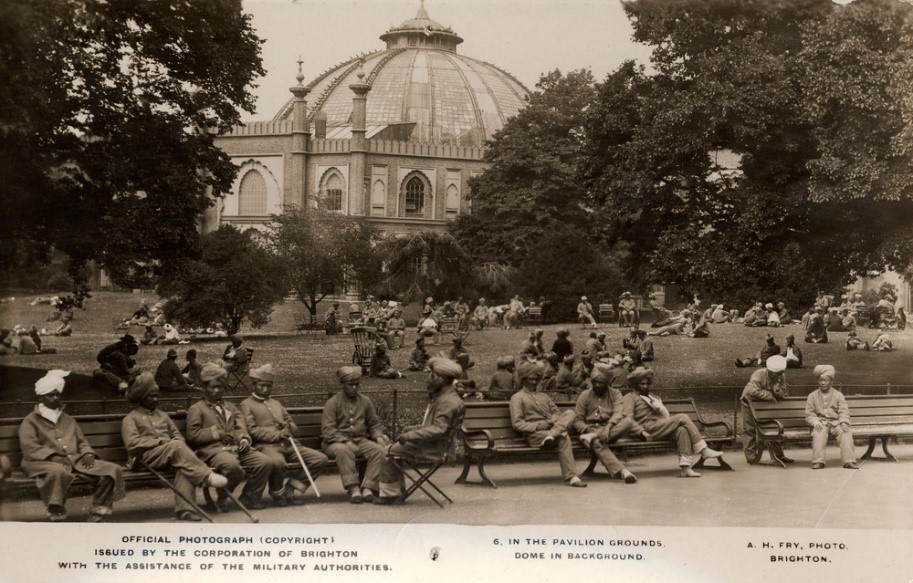 From 1914 to 1916 it was used for Indian soldiers who had been wounded on the battlefields of the Western Front. From 1916 to 1920 it was used as a hospital for British troops who had lost arms or legs in the war.

The Indian Army played a vital role in the first few months of the war. At a time when Britain was still recruiting and training volunteers, soldiers from across the Empire came to fight in Europe and support the British cause. The Indian Army provided the largest number of troops, and by the end of 1914 they made up almost a third of the British Expeditionary Force.

Engaged in fierce fighting on the Western Front, the Indian Army inevitably suffered casualties. Medical facilities were urgently required, and it was felt that there were neither the facilities nor expertise in France. Brighton was chosen as the site for a complex of military hospitals dedicated to the care of wounded and sick Indian soldiers. Three buildings were given by the town authorities for this purpose: the workhouse (renamed the Kitchener Hospital), the York Place School, and the Royal Pavilion.

The Royal Pavilion was the first Indian hospital to open in Brighton. The former palace, along with the Dome and Corn Exchange, were converted into a state-of-the-art medical facility in less than two weeks. New plumbing and toilet facilities were established, and 600 beds were set up in new wards. X-ray equipment was installed, and the Great Kitchen became one of two operating theatres. The Pavilion’s first patients arrived in early December 1914. Over the following year, over 2,300 Indian patients were treated.

But the hospital was not only designed to care for the men’s medical needs. An enormous amount of effort was taken in catering for the patients’ religious and cultural needs. Muslims and Hindus were provided with separate water supplies, and nine kitchens were set up in the grounds so that food could be cooked by the patients’ co-religionists and fellow caste members. Sikhs were provided with a tented Gurdwara in the grounds of the Pavilion, and Muslims were given space on the eastern lawns to pray to Mecca. Elaborate arrangements were made for those Indian men who died in the Brighton hospitals, 18 of whom died in the Royal Pavilion. Sikhs and Hindus were provided with a site for open air cremations on the Downs near Patcham, and Muslims were buried in a specially laid out cemetery in Woking near the Shah Jahan Mosque.

In late 1915 the British decided to redeploy the Indian Army in the Middle East, and most Indian soldiers were withdrawn from Europe. As a result, Brighton’s Indian hospitals gradually closed. The Pavilion was the last to close in January 1916. 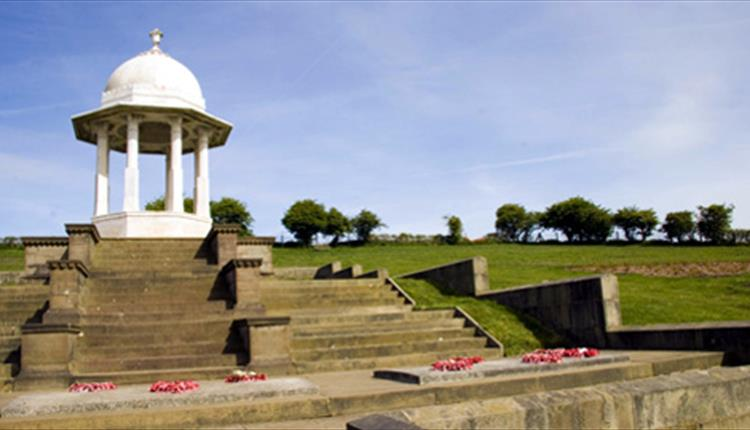